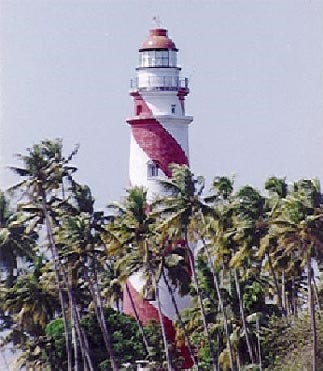 The Tangasseri -Australian Association of Melbourne Inc. is a community based non-profit organisation.

Our Objectives are to promote and foster our culture, family values and traditions.

Today this Association has grown to over 100 families and membership has increased primarily' due to the warmth and friendliness we extend to all our members and the community at large.

LET US CELEBRATE THE SPIRIT OF CHRISTMAS

FOR MEMBERS ONLY -BY INVITATION

AT THE SPRINGVALE  TOWN HALL ON SATURDAY 6th AUGUST 2022

FOR MOR DETAILS DOWN LOAD FLIER

Message for all Members

We are back!!! With the government lifting all restrictions on Community events, the Association has decided to re-commence our activities in 2022 in a small way.

Our first activity for the year is our Annual Dance which will be held on August 6th 2022, at the Springvale Town Hall. The Family Day celebrations will be held in December followed by the New Year’s Eve Dance on 31st December 2022.

Our Secretary Philip has already provided you with a flier with details of the Annual Dance. The Tangasseri Australian Inc. website also provides more information on our Annual dance.

It should be noted that your health and wellbeing is of paramount importance to us and consequently all our events and activities will be conducted under a “fully vaccinated umbrella”.

I should also inform you that the Association’s Management Committee favoured a greater participation of our younger members in the management of the Association and this proposition was overwhelmingly supported at our recently held AGM. We are hopeful that this new team will commence in early 2023 as a process is well underway in electing a new team.

I once again call on you our members to support our Annual dance together with your family and friends.

Thank you and God Bless

With uncertainty pervading the air, the virus once again rearing its head and restrictions reimposed, the Association will still be unable to conduct any of our usual functions. The Management Committee of the Association has taken a decision at this stage to defer/delay the commencement of the Associations activities until December 2021 when we believe 95 to 100 % of the population will be inoculated. The Management Committee is concerned for the health and wellbeing of our members and would prefer to conduct activities under an inoculated umbrella. We have also to take cognisant of our Insurance Agents advice who have informed us that we are not covered for any covid incidents that may occur at any of our events. They also reminded us of our responsibility that we have a duty of care to our members. This decision will be reviewed by the Management Committee in January 2022.

I should also inform you many of our members are concerned at the dire pandemic situation in India. Consequently, a total sum of $5000 was approved by the Management Committee for the fight against Covid 19. A sum of $2000 was sent to the Sisters of the Poor in Karnataka (in December 2020) who look after the most vulnerable - the elderly. A further sum of $3000 has been sent (in May 2021) to Mother Teresa’s Missionaries of Charity who are fighting a despairing situation in Tangasseri.

During this time of uncertainty, the Association will have to take a “wait and see” approach and hope there would be an increased uptake of vaccinations enabling us to have a safe environment for the conduct of our activities. Your health and wellbeing is of utmost importance.

I pray you and your family stay safe and healthy.

One of the most auspicious events of the year is our Family and Christmas day celebrations that was held on the 15th of December 2019. Over 60 families and 44 cildren took part in various activities that was conducted at the St, John Vianney's hall and grounds.

The function commenced  at 12 noon with a barbecue .Sports and games  followed ,- kids,mums and dads and seniors displaying their skills..Carol singing filled the air with the community joining in. The action soon transferred to the kids . All  44 kids participating in the Nativity pageant -the highlight of the evening..

Santa's entry brought joy to the kids as Santa gave every kid a gift.

Many parents grandparents family and friends were proud to see their kids participate and have an enjoyable evening.The function concluded at 5pm.

The Association's 24th Annual General Meeting was held on Sunday 29h of September 2019 at 11.30am at the Ceylon Centre in South Springvale

A quorum was present with over 60 members in attendance. The meeting commenced  with the President Herwin Allen  welcoming those present and provided an overview of the past year and strategies to strengthen the Association.  Minutes of the 23rd AGM was  read out  by Lloyd DCrus and a detailed activity  report for the past year was provided

by the Secretary Grenville D'Crus. An audited financial report was submitted to the members by the Treasurer Winburne Fernandez.

The year 2019 was an election year. All the Executive members positions were up for election and 12 office bearers  of the Executive team were relected. The Secretary's position fell vacant as after nearly 23 years of service Grenville D'Crus resigned his Secretaryship. Philip D'Rozario was elected as the new Secretary . Conrad D'Çunha was voted into  the14th Executive position.

Loyalty plaques were presented to members who completed  10 and 20 years of membership.The meeting concluded with a vote of thanks by the President

The meeting was followed by Brunch and drinks.

"It was a fantastic night" . "It was agreat night". "It was eletric".They were some of the raves and comments we received from our patrons who attended the 25 th Anniversary Annual Dance that was held at the Springvale Town Hall on the 24 th of August 2019.. Well over 550 patrons danced the night away to the music of the fabulous "Next Generation and the electric "Blue Qube".. Boyh bands rollicked thecrowd with their entertaining msic.The patrons enjoyed the night and coplimented theAssociation for organising such a fantastic event. Many prizes were raffled away including airline tickets. Once again LJ Hooker was our major sponsor. After nearly 5 hours of celebrating our Jubilee year, the music and dance had to conclude at 12.30 am

Continuing with the 25th Anniversary celebrations in 2019, the Association  organised a function to honour and thank the members  for their support loyalty and patronaage.

The members only function was held at the St John Vianney's  Centre Springvale  on the 18th of May 2019.

The members danced to the music of the Lonestar band,  were dined and catered for by D&S Catering. Over 40 members were rewarded with special mementos for their loyalty and support over the 25 years.

The function concluded at 11pm

The Association's 25th Anniversary celebrations in 2019  commenced with theCommunity Cricket match that was held at the Keilor Park Sports Club cricket grounds on Sunday 28 th of April 2019. Nearly 80 family and friends came to cheer their respective teams the North West members versus their counterparts from the South East..Although the morning was drizzly it turned out to be a good day to play cricket.The North West won the toss and elected to field. The South East scored 143 runs in the alloted 25 overs.The North West scored the required winning runs in the 24 th over for the loss of 7 wickets.

OUR ASSOCIATION THE TANGASSERI AUSTRALIAN ASSOCIATION OF MELBOURNE HAS DONATED $2,000 TOWARDS THE KERALA FLOOD RELIEF.

THE DONATION WAS FORWARDED TO THE FRANCISCAN FRIAR PROVINCE, KARUKUTTY, ERNACKULUM DISTRICT KERALA. THIS ORGANISATION HAVE UNDERTAKEN THE WELFARE AND REBUILDING OF HOMES FOR 500 FAMILIES AFFECTED BY THE  RECENT FLOODS.

WE WISH THEM EVERY SUCCESS IN THIS NOBLE CAUSE